Let's explore for the first time the Canary Islands with the GBI community. We will spend four days full of cycling and fun while we discover inspiring people, world-famous sightseeing spots, fancy Spanish tapas and a gorgeous countryside. We will stay at a four-star hotel near the beach and will return with unforgettable memories. Don't miss this unique cycling tour!

We already reached the minimum number of participants and the tour is confirmed! Bienvenidos a Lanzarote!

The Spanish Island Lanzarote is the northernmost and easternmost of the autonomous Canary Islands in the Atlantic Ocean. Its moderate climate allows a perfect cycling experience early in the year with temperatures between 19°C and 28°C, almost zero rain and up to ten hours sun shine every single day!
We will stay during the entire period at a four stars hotel at Costa Teguise, only five km away from the Island’s capital Arrecife and twelve km from the airport. The beach is only a couple of meters away.
We will have the choice of three different challenging routes every day to explore the different highlights of the Island. The prepared tracks follow paved routes only and as the island is quite hilly, you can expect some climbs every day.

Tour highlights:
- Four star **** hotel in Costa Teguise incl. breakfast
- Mirador del Rio, in 1970 one of the most important modern buildings in the world
- Haría, living place of the well-known artist César Manrique
- Cueva de los Verdes, an impressive lava tube
- Jameos del Agua, a lava cave with subterranean salt lake and endemic squat lobsters
- Lots of beaches alongside the tracks for spending many hours sun bathing and swimming in the Atlantic
- Salt flats Salinas de Janubio
- Timanfaya National Park, entirely made up of volcanic soil
- La Geria, the largest wine-growing area on the Canary Islands
- A lot of new friends from all over the world and unforgettable moments

We will only cycle on paved roads, most of them have cycling lanes. On the entire island there is only little traffic (except in Arrecife) and car drivers are used to cyclists, are patient and keep distance from riders. Lanzarote is very popular for cyclists and the infrastructure is therefore good. A lot of professional cycling teams spend here a couple of weeks every year to train during the winter season.

We have designed the tour to show you the beauty of this area while pedalling.

The Global Biking Initiative (GBI) wants to show you the most interesting places in Europe the sportive way. We are proud of our international participants, that makes it easy for everybody to make new friends from other countries. Our main goal is the continuous support of charity projects worldwide. We achieve this by engaging the participants to raise funds that support charity projects in their home countries.

Here you'll find an abstract of all information regarding this tour.

There might some things missing on our event page or you have some specific questions?

As the GBI is a charity ride, you have to register for a GBI country (typically your home country) and raise funds in addition to the participation fee for the local supported charity in this country. The minimum donation for this event is 50 €. Each participant is kindly requested to raise more than the minimum donations to support our charity projects.

No clue how to raise funds?
Uncertain how and who to ask for donations?
Check out our tipps for your fund raising activities!

The miniumum number of participants for this tour is 6 cyclists and has been reached already. The tour will therefore take place!

This is the fee for all services of the tour, described under 'What is included'.

The particiapation contain NO accommodation. Hotel rooms have to be booked separately!

There is the possibility to share your doubleroom with a family member who doesn't join the ride but joins you in the hotel. This option only covers hotel accommodation incl. breakfast without any further services.

We do not offer GBI rental bikes for this event.

There is a rental bike station in Arrezife that you can contact in case you need a rental bike.
Ordering of the bikes as well as transporting them to the tour destination must be organized individually, no assistance from GBI provided!

Day 1: Parc National Timanfaya
After the onsite registration at the Oasis Lanz Beach Mate, we pick our nutrition, join our teams and start cycling west and leaving Costa Teguise. Passing the César Manrique Foundation South of Tahiche, we shortly arrive after some first climbs San Bartalomé. Track 1 will now head towards the Parc National Timanfaya and cross it on its most east end. Track 2 crosses Timanfaya the opposite way and cross afterwards for a longer distance the National Parc a second time. Track 3 visits the two little villages Caleta de Famara and La Santa at the North cost first before cycing twice as well Timanfaya. The National Parc provides a unique scenery, fully covered by volcano surfaces without a single green spot. After The National Parc, track 2 and 3 visits La Geria, the largest vine-growing area on the Canary Islands and then join track 1 before returns back to Arrecife, enjoying some drinks at the beach promenade and finally the last five kilometres to our hotel.

Day 2: Cueva de los Verdes, Jameos del Agua and Mirador del Río
On our second day, we cycle north, some parts alongside the beach. After 25 km, we will arrive at the two sight-seeing spots Cueva de los Verdes and a little bit later Jameos del Agua. Both spots are lava caves and lava tubes, with salt lakes under the surface and with endemic white squat lobsters, only existing in this single little lake on earth. Track 1 cylces back to the hotel to enjoy some hours at the beach or visiting the city. Track 2 and 3 continue north for a short coffee break at Órzola, the most north point on the island. Afterwards, we start climbing to reach the spot Mirador del Río, when built 1970 one of the most modern buildings in the world. You will be very impressed by the unique view from this completely hidden point to La Graciosa, the little island north of Lanzarote. After a second coffee, we cycle to Haría, the village César Enrique used to live, and later uphill to Mirador de Haría, where you can enjoy a fantastic view over the island. Track 2 returns then via Teguise and Tahiche (where César Enrique died) to the hotel. Track 3 takes another detour to visit again Caleta de Famara to have a third coffee before heading back to Costa Teguise.

Day 3: Salinas de Janubio and Playa Blanco
Track 1 takes a local tour to visit Teguise (and enjoy a coffee at one of the nice shops in the historic village) , San Bartolomé and the Foundation César Enrique. Track 2 and 3 head west until the very west cost where we can see first hand at the Salinas de Janubio, how salt is been produced from sea water. After a break, we continue cycling to Playa Blanco where we can have lunch and spend a couple of hours at the beach before we return to Arrecife (good occasion for another stop) and at the end our hotel.

Day 4: Round the Island
Last day so time for a real challenge! Track 1 will be challenged by visiting all nine beaches between Puerto del Carmen and Arrecife! At every single beach, you’ll have the possibility to take a seat and enjoy a drink or jump into the Atlantic and swim a round! Track 2 will bypass those beaches as well, but has to cross the island first twice – up to the beaches in the North at Caleta de Caballo and La Santa for a first coffee. Track 3 will accept the real and ultimo challenge! It takes almost 200 km to cycle once completely around the entire island! A free beer for the finishers of track 3 is the least we can do to honour the real champs!

The tracks of the different stages differ in general regarding their length and the climb as well as the surface.
A detailed description can be found here:

Recommended for all kinds of bikes including road bikes. Only paved roads on the track. Shorter and less challenging than track 2.

Recommended in particular for road bikes. The distance is longer and more climb than on track 1, but less than track 3.

The tour will start at the GBI tour hotel.

We finish the tour at the GBI hotel in Cork.

Each GBI participant cycles in a team, guided by an experienced teamleader. Teamsize is limited to ten riders maximum because of legal requirements.

You can choose a team, which fits best to your experience, your objectives and your preferred track.

We will accept the challenge and start after a good breakfast. We'll try to ride in a closed group, using practises to cylce close to each other. We'll have breaks at request and a longer break after approx. 2/3 of the track for dinner. If times allow, we'll stop at restaurants alongside the track for quick coffee breaks and/or for sightseenig at the recommended spots.

We will aim mostly for Track 3, provided that we feel OK and the weather is nice to us. We will be averaging 24-25 km/h with higher speeds, in group formation (don't worry if you don't know what that is or how it is done; we will teach you!), in the flats and with slower pace when uphill. We will do an early coffee stop, a big stop for late lunch and a couple of short stops more during the day (but not too many).

We will start affter a good breakfast and explore the island, following track 2. We will have breaks at the sightseeing spots alongside the track so we have enough time to visit the spots. At lunch, we'll have a longer break at a local restaurant for dinner and if times allows, we stop later in the afternoon at a beach to take a bath in the Atlantic.

We will cycle the short route and use the rest of the day to relax at the beach or exploring the island.

There is no appropriate team for you?

Set up your own team and define the team specifics as you like.

Apply as a teamleader
Downloads

The GPX files are now available per day and track.

If you are not experienced in uploading GPX tracks on your device, please check your user manual. And make sure that you have the right maps on your device. Please avoid to ask the support team for technical issues regarding your device or app, as you might know, close to the tour we have very limited time and a lot to do. 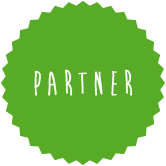 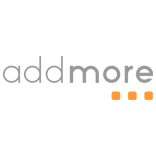 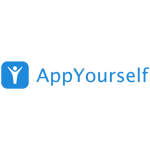